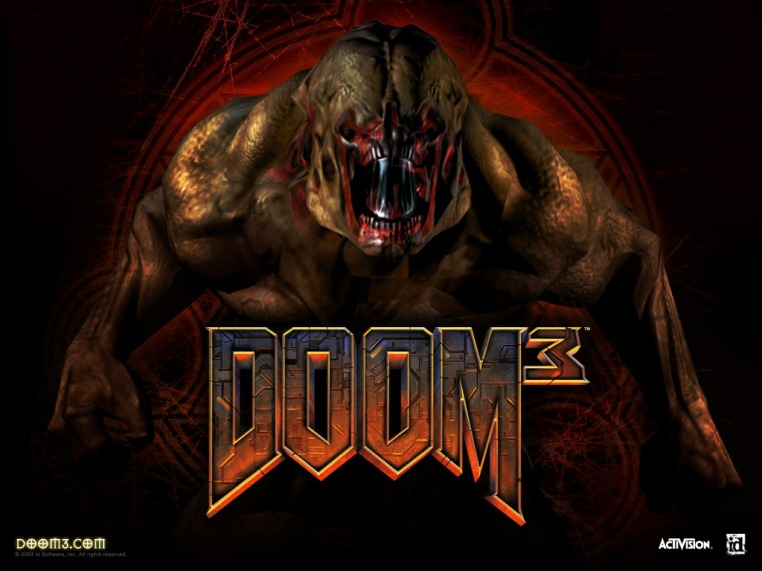 I had received Doom 3 (or Doom3) as a trade for my copy of City of Heroes with a good friend of mine in 2005.  I had purchases City of Heroes at the time thinking I wanted to get in the MPRPRG, but ultimately found the game to be uneventful and boring.  I knew that Doom3 had come out in 2004 for PC, but I hadn’t wanted to invest the money in the game.

My friend had made a run through the game, but really wanted to get his hands on another copy of City of Heroes, so we traded the games, which I thought was a pretty good deal at the time.

I’ve played the first few levels of the game several times, but all the way through only once.  I just remember it was extremely difficult, but very detailed for a game of the time.  I have been considering purchasing a version for the PS3, which is Doom 3 BFG (Big Fuckin’ Gun) edition.  This version includes some additional enhancements, improved graphics for PS3 and some additional levels.  If I do get the game, I’ll might post some additional thoughts on the game.

This was a next generation game in my opinion at the time.  The game was very story driven with non-playable characters, dialogue and cutscenes which drove the story forward.  You would have to achieve objectives and clear levels by completing tasks which moved you on to the next level. 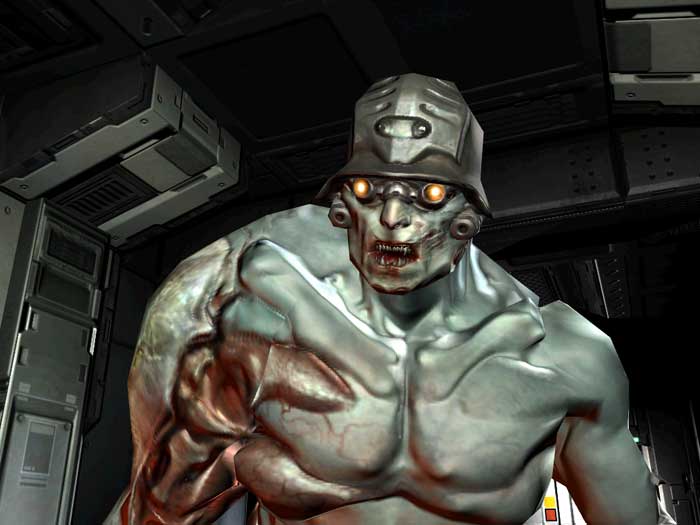 The game was extremely moody with pure darkness, flashing lights, and creepy sounds and noises.  There also a lot of radio communication as you’re running through the corridors.  There was a lot of scary moments when you’d come around a corner to find a huge monster waiting for you.  Hit that mo-fo with a plasma gun and “splat”!

There was also key codes you’d have to pick up from computer displays, which would download to your personal data assistant.  This little computer was complete with personal information, mission objectives and other background story information, enhancing the backstory of the game.  You had a lot of breakdown information from audio logs from workers, emails from individuals all added to the dynamic feeling of the game.

The game also included a lot of small details like fun signs, smoke, lighting effects and such.  And true to Doom form, there were hidden items and areas which you could discover with a little bit of poking around.

The characters and monsters in this game are fuckin’ creepy!  But I’m not sure any of the human characters look as creepy as the doctor at the intro to the game!  I mean look at this guy (Dr. Betruger), he’s just creepy looking! 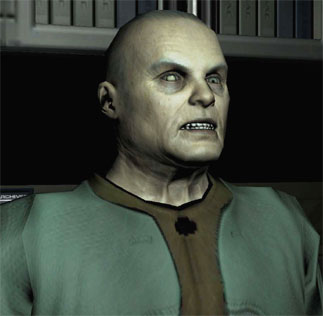 Doctor Betruger before his change!

The environment were extremely intricate too.  The doors, the lighting, the colors, including the way the monsters would come at you all adding to the dark and mood feeling of the game.

There were some great moments when you run across the surface of Mars and the clouds are moving outside.  Unlike previous Doom games, you’ll die if you say out there too long.

You’re a colonial marine who has recently game to Mars station with reports of strange situations happening as you arrive on Mars station.  The action all starts pretty quickly as you’re assigned to find a scientist who hasn’t checked in lately.  As you start looking around, you find the scientist and after that all hell breaks loose, literally.  Monsters start spawning from no where, demon heads flying around, and pretty creepy looking crew members coming after you.  There are larger and intricate monsters which start appearing more and more after a while.

The weapons are memorable too, like the pistol, machine gun, rocket launcher, chainsaw, but I especially have always loved the shot gun.  BOOM! 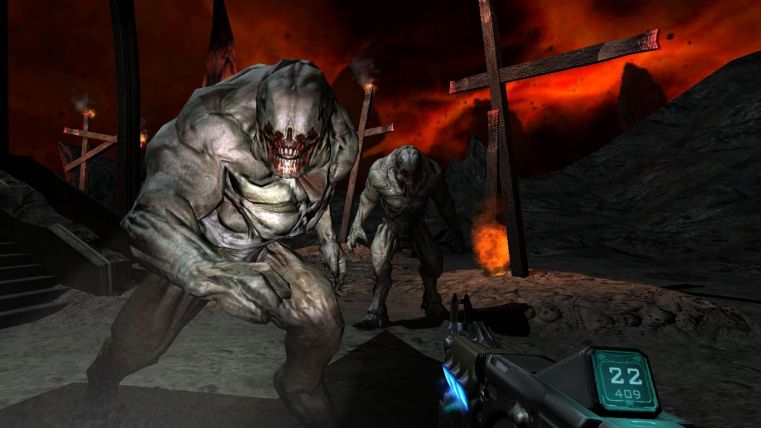 Into the Gates of Hell!

It has been about five to six years since I’d played any First Person games.  I was amazed at the high of level of detail which had been achieved in the game.  The last game of the ID Software I had played was most likely Quake or Quake 2, where Id Software moved into a true 3D environment, but this was a whole new world.  In the almost 10 year gap between Doom 2 and Doom 3, the details has made leaps and bounds advancements in graphics.  Very impressive showing from Id Software.